We write this post "COVID killed picture framing, true or false dichotomy?" by way of a hopeful obituary to the dreaded COVID pandemic which, and 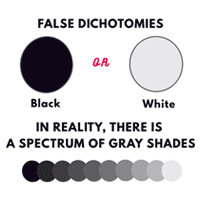 though largely on the wane,   disrupted most nations around world and nearly everyone's life during the last couple of years or so.  With a focus on the picture framing industry, the epidemic appears to have had vastly different business results, depending on which sector, or specialization of the industry a business practised. This was certainly true in our case since our two main income streams were, and still are, the making of custom picture frames, and the  online retailing of ready-made photo frames and picture frames.

We experienced a brief, mini-rush of orders just before each confinement, as some Customers sought to at least place their orders, before quasi-home detentions, but after that,  the orders dwindled to nil, as Customers were forced to stay at home.

Needless to say, our picture framers, having no work to do, either stayed at home, resigned or found other jobs such as Security staff or COVID testers.  As to this income stream, it simply disappeared.

To make financial matters worse, not a single cent was received from the various and sundry Local, State or Federal bodies or entities as our business was deemed ineligible for any kind of aid, benefit, payment, assistance, or support.

For a while it didn't look too good. Our landlord said that we could still do click-and-collect and refused any rent relief.  All other taxes, BAS, bills, business outgoings kept coming, these didn't stop because of COVID, but kept coming month after month.  Were we  were facing closure and possible bankruptcy?

But not quite yet,  was the prevailing view from our Management.  This was largely due to the business direction we decided to take about 20-odd years ago when the internet revolution came to the fore.

We could see that the days of the shopping street picture framer were slowly but inexorably fading away and that more and more Customers were choosing to order their photo frames and picture frames online.

Sure, most picture frames ordered online aren't quite as good as custom picture frames, but in most cases these we also up to 50 or 75% cheaper, so most Customers took to them as a fish takes to water.  It was a that stage that we decided to invest in technology and build ourselves an e-Commerce site where Customers could and would  order picture frames from us.

As an example, a Customer comes in wanting an A0 print custom framed, generally around $270 or $300, depending on the moulding selected.  While discussing the quote, or during the consultation, the Customer espies our range of ready-made frames on the factory floor.

He or she will as if any of those frames are A0 size, and if so, what is the price ? When we explain that those are half, or less, of a custom picture frame, most Customers will choose the cheaper option.

Of course we explain to the Customers the differences between the two framing methods and the relative advantages and disadvantages, but, by and large, Customers stick to the less expensive frame.

And considering that the vast majority of the artwork that Customers bring in are inexpensive, open-edition, commercial and mechanical reproductions of little intrinsic vales, choosing a far cheaper picture frame makes good sense.

During the COVID confinements, when Customers were prevented from visiting our premises, our online sales boomed.  In fact, in one peak lockdown month we did 400% more sales than a non-lockdown month.

Orders were coming in from all States and Territories.  Shadow box frames, clip frames, photo frames, poster frames, certificate frames, football display cases, everything was selling. It got so busy that our daily Courier pick ups sometimes got rationed to once very 2 or 3 days because the driver couldn't fit any more parcels in the van.

In hindsight, we guess that it all made sense. People were force stay copped up inside their homes, houses, flats or apartments with not a lot to do.  Adorning walls with photo frames, picture  frames and poster frames seemed a logical and natural thing to do.

That much touted, business saviour, Click-and-Collect didn't do much to replace lost sales or business either since the only Customers who could visit us where those living within a 5 or 10 kms radius from our premises. However, by far the greatest majority of our sales are to Customers residing well outside that radius, or intrastate or interstate.

So picture framing, or at least the retailing of picture frames, never died, if anything, for many online retailers, it grew and grew for months and months. However practically none of the ready-made frames, or off the-shelf picture frames that were sold, and are found online now, are made here, almost all of them are made in China.

Casual readers may view this as a negative aspect of the great online COVID sales boom, but the truth is that Australian large-scale, or industrial manufacturing of photo frames and picture frames died long ago. It was slowly strangled by ever-increasing local production manufacturing costs  which increased relentlessly and completely out of proportion with other ASEAN manufacturing countries.

Thus, and so far as our organization was concerned, while COVID did kill our custom picture framing work income stream, it boosted our other online sales income channel.   Problem is,  the profit from retailing of picture frames online, is a lot less than that of custom picture frames. Still  at least it's work, and we survived COVID.

For ourselves,  there were other interesting aspects of the online sales boom.  Our Art Deco mirrors orders also increased with respect to non-lockdown months. Obviously a fair few Customers looked at their loungerooms and bathrooms, deciding that a nice Solitario  or Argentato Art Deco mirrors would dress up their walls nicely. 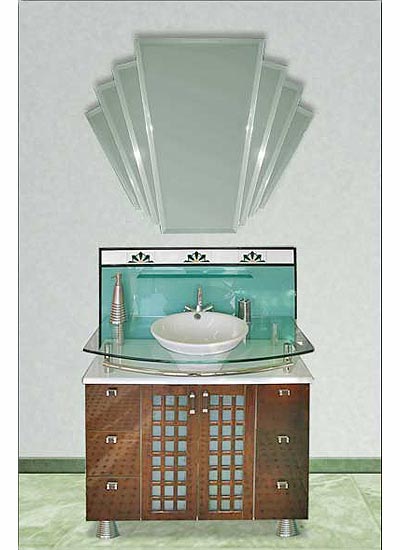 Yet another pleasing aspect was the increased demand for Shadow Boxes. There special frames have spaces inside them which lend themselves admirably to the construction of memorabilia frames . A memorabilia frame is one which can hold a collection of small objects, as shown in the medals collage example below: 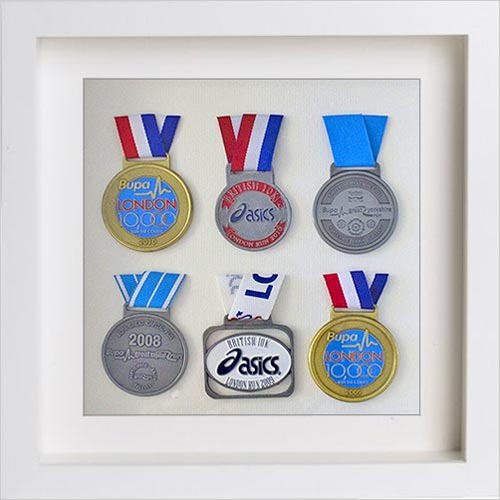 Of course, the increase in online sales was not all smooth sailing.  Some Customers became more demanding, less patient and occasionally, ruder.  For instance, we are one of the few stores that sell A0 Raw Oak wood poster frames with glass , instead of plastic, and as shown below: 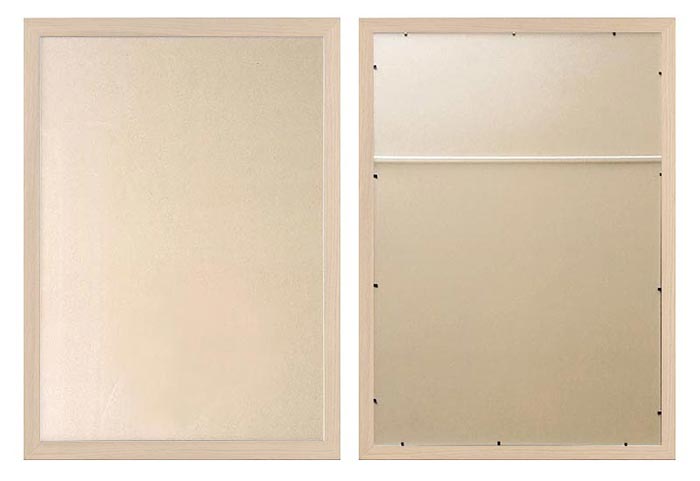 However, and as it is stated on the description information page of this particular picture frame, this large poster frame is impossible to ship and is prominently marked online as unshippable because it would break in transit, no matter how well it was bubble-wrapped and packed.

Still, we have had Customers pretty much demanding that it be couriered to them or that we arrange some sort of special freighting mode because that could not come and collect them. Needless to say such requests could not be fulfilled.

Yet another very difficult request to satisfy was that of the occasional, urgent delivery. Sometimes orders were received with  peremptory instructions such as " .. If my package is not here by such and such a date, cancel order and refund me immediately .. ".

With instructions such as these we often contacted Customers explaining that standard delivery timetables are always estimated, never guaranteed.

However on the occasion of a Customer point-blank refusing to discuss, negotiate, or consider another delivery option, we found it necessary, though regrettable, to simply cancel an order rather than risk a complaint, dispute or unwarranted chargeback.

The increase of sales also lead to a concomitant increases in parcels misplacements, losses and claims. Many such losses were in rural or remote areas.  Often these country Customers would instruct us to "leave" their parcel at  the local Post Office, or Newsagency.

The few times that we did accede to these requests was only when a Customer would ask for Authority to Leave (ATL). However ATL sometimes caused problems because, even though Customers are made aware that they cannot claim if they choose to leave their parcels unattended,  they always try to claim anyway when that happens.

In conclusion,  while the COVID lockdowns did help our online business, it also brought along and caused a mixture and range of negative side effects.  On the whole tough, it was good business for us.