Indeed, February has come around, again. This is the month when the Australian Government Public Service Graduate 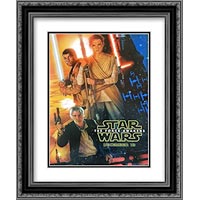 Current Australian Bureau of Statistics tell us that there are approximately 2,041,200 public sector employees comprising: 246,000 at Federal level, 1,609,100 in State level and 186,000 in Local Government.  The previously mentioned Graduate Program, and others sponsored by the various levels of government, , will place thousands of young, fresh-faced, public and civil servants in Australia Government offices throughout out Australia.

Perhaps you, or someone you know, also work for the public service, and during a water-cooler chat or coffee break you may have discovered that one, or more, of your fellow workers is a dedicated filmophile of movie lover.  If so, your movie buff’s home isn’t likely to be adorned with prostituted dot-paintings, cheap Balinese acrylics or inferior Chinese copies of European masters.

Chances are that he or she is likely to have a private collection of popular movie posters, such as  “Jaws”, ”Raiders Of The Lost Ark”  or “Star Wars “, or old favourites, like ‘Casablanca” The Wizard of Oz” or “Gone with the Wind” to name but a few.  It may also not be that unlikely that the cinephile in question is also a budding collector with one or more vintage, sought-after collector’s items.

All original, irreplaceable and precious or prized prints, photos and art should be conservation framed to lessen deterioration, nevertheless we can summarize the requirements for framing valuable posters, or any valued art for that matter, by suggesting that any such art should be taken to a professional picture framer.

In those not infrequent circumstances,  picture framers are entitled to Customer to sign Liability Waivers releasing them from any responsibility for post-framing,  art damage.  Alas,  let us continue to discuss the picture framing of inexpensive posters, which are, by far, the vast majority of movie art brought to us for framing.  Why does one need to frame a movie poster, you might say.

Well, this might be self-answering question because one obviously buys a poster with the intention of displaying it in his or her house, at some point in time.  And if we accept this accepting as the most logical outcome of the exercise, what are the options of displaying a large-ish piece of paper art?  Some of the most common options exercised by Customers  which we see from the state they bring in some of their posters are, sticky tape, blue-tac and pins.  None of these hanging options however are satisfactory.

For a start they all damage the art and then these all fail sooner or later and the prints fall off the walls anyway. The old dictum prevails once more “ You get what you pay for“,  so paying next to nothing to stick, tape or pin movies posters to walls won’t work.  The only proper, or workable, alternative is to put a proper picture frames around posters.  It’s also the best way because: a)  your poster will finally look decent enough to hang b) it will help protect it and c) it’ll look a darn sight better than looking at a wrinkly piece of paper blue-tacked on a wall.

Inexpensive film poster framed in inexpensive frames are also a good combination and an excellent alternative to expensive posters framed in expensive custom frames. Free or very cheap art and film posters can be found fairly quickly and easily pretty much anywhere on the internet.  And so too are  cheap ready-made frames for them can also be purchased easily from PictureFrame.com.au

Many, but nor all movie posters can be fitted to off-the-shelf- or ready-made picture frames which reduces the cost of framing considerably.  This is because there are no widespread  standard measurements of movies posters.  And, to complicate measuring matters, Europe has always measured in metric whereas the U.S.A. is still using Imperial sizes.  In addition, in the decades after World War II, film studios generated and produced film prints, posters and advertising media in 30 or  40 different sizes.

That being said, for a list of the most common film posters that we have framed over the years, look up the table “Movie Posters Picture Frames and Picture Framing Sizes Table"   at  this page : The Table lists about 90 movie and file poster sizes from about 10 disparate countries from all  over the world, such is the variety of measurement and formats, with many others not listed.

We will add that framing movie poster in ready-made frames can be up from 50 to 75% cheaper that have custom picture frames made.  That said, if a film poster really takes your fancy, or has a significant or special  ( first date? ) meaning,  you can make it look far more elegant with a window mat.    If so, chances  are that an off-the-shelf frame won’t be found and that a custom picture frame will be needed.

Should that be the case,  a cost estimate can be easily and quickly be reckoned “Custom Picture Frames and Picture Framing Prices Estimator”    It may even be that the film poster that takes one’s fancy is a vintage one, a rare one or a sought after collectible which has a financial or a resale value. And for those thinking that movie posters can’t be worth that much, think again.

On November 2005, Fritz Lang’s 1927 film poster of  the movie “ Metropolis”,  was sold  in London for USD690,000  (AUD  966,000).  And while we can safely assume that there aren’t that many Customers wanting to frame similar priceless posters around,  it is possible that you, or someone you know,  may well have a somewhat rare, vintage, antique,  or precious movie lobby card, daybill or one sheet that needs picture framing.  In these circumstances,  sticking such a worthwhile or cherished poster in a cheapie, ready-made poster frame is a no-no.

Broadly speaking, there are at least three common picture framing options  detailed in our “Store Picture Framing Standards”  these being:  DYO Framing, Standard and, Acid-Free Framing.  There are of course, other standards which maybe provided or offered by other picture framers and which may differ from ours, however the thee methods explained in our page are those which, in our experience suit most Customers.

With regard to the framing of a movie poster which may be important to you, we recommend the Acid Free  framing option.  It is  suitable for personally valued art, with sentimental or personal significance , or simply for better quality art.  This method offers much better protection than ready-made poster frames.  Artwork  mounting is by way of reversible hinging with U.V. protection glazing.

The framed poster will hardly fade at all because when protected by 98%-blocking,  Ultra-Violet Protection Glass.  Additionally, any windows mats and backing boards will be clean, non-staining, and acid-free.  To conclude, and generally speaking, the money a Customers has paid for a given film poster tends to dictate the type of framing that can be selected.  If the print or poster is common, mass-produced, inexpensive and an open-edition, then a cheap ready-made frame for your movie poster frames, if available, will do fine.

If otherwise, then it will be best to talk to your picture framer about archival, conservation or even, museum-quality custom picture framing. Than you for reading his post about "Spice up your home and your life with film posters"  and  movie poster frames.

1 thought on “Spice up your home and your life with your film posters, and our movie poster frames.”